Get Your Mojo Back – Walk Your Talk
I like for someone to talk the talk and walk the talk. Let the ones who have no blemish speak and let the ones who live in glass houses throw the first stone. I like President Trump. I have always liked him and today, I like him even more. I have been following and hanging on his words as he speaks, and to me, so far, he had walked his talk. I do not say that he is perfect, and neither can you nor I, point our fingers. The job of our President is hard, and it takes guts to even run for the office, despite skeletons and nay mongers. 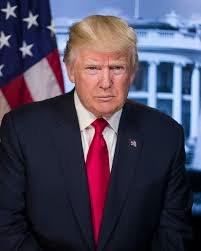 Get Your Mojo Back – Walk Your Talk Mr. Trump

I had the inkling before the fact, that he would win the nomination, regardless of lack of support of any party. I have never been wrong in choosing the next president of the United States. My choice of candidates, won against many others’ choices on each occasion of contention, even when I was the only one backing Trump’s presidential candidacy destiny. And now I say, let’s give him a chance regardless of the past snafus.

As far as I realize, he has been brave, in implementing his campaign platform promises. He has not wavered. We were informed while he was campaigning and was being elected, of what he wants to accomplish; why not let him deliver. There is no surprise here. He said what he was going to do, but we were banking on changing him as people fruitlessly hope to do, in relationships, hoping to change their partner and bend them to their will. He still bravely delivers on his promises, good or bad, he says as he sees and feels, he is congruent, authentic, brave and free, as he speaks his truth. He is not afraid to fail as he ventures on unproven territories. He and I are similar in this regard really and this writing may not be political correct, but I am not political. My forte is for people to appreciate him and to encourage people to speak the truth in spite of the price to pay – That is the American way or maybe I am too naïve to hold on to such notion still. It is what makes for tough hairs on my chest. Take his delivery on import tariffs. He said he would and here it is. Is he not telling the truth about dumping? Is he not looking out for you and I and our Country? Does he not love this Country? The more I watch him, the more I love his bravely telling the truth about how we have been shafted. I see his points of view. Give him more love and let him deliver and nurture back the United States of America. Is that not what you want for yourself? How to be brave, strong successful and free?. We, the America must be healthy economically before we can contribute, better still, continue to contribute globally as we have always done. There are tough times ahead particularly economically. I have said before and I repeat, that if anyone can make necessary changes boldly and successfully, it is Mr. Trump.

I do not belong to any party and I do not favor any. I have no agenda but to be in support of individuals who are dedicated to truthfulness and bravery despite heat and to those who love the Country and want betterment for us all. And heat is not deficient in the carrier and life of Mr. Trump. Americans are brave people so he represents the bravery that I love about us. Let him be the challenge to those who have lost their Mojo, for the people who are only interested in protecting their cheese, fore them to recharge themselves, to standing brave and strong, to saying their piece and taking the consequence of saying their truth by walking their talk as demonstrated by this president. Hugh! – Dr.J Agbebiyi

Copyright © 2017 ExProServe is Managed and Updated by ExProServe.
Home | Contact Us | Sitemap